The summer is the best season to spend their holiday in Tuscany. This leads to a big influx of tourism and the normal number of people is tripled compared to the people who reside (normally) in city of art or places of the sea. The Villa Centopino and the Villa le Capanne seek to offer its customers refreshment, thanks to the pools and hot tub, at the same time for relaxation and privacy. We believe that our villas surrounded by olive groves and orchards are ideal for small families or couples who do not like the chaos and crowded places. A vacation where you enjoy it’s warmth of Tuscan sun and landscapes that the Tuscan countryside offers us the order to remove the stress accumulated during the rest of the year.

Just click on the “Book” to request availability and prices for the selected period in the month of July 2014.

It ‘can make a reservation for the month of August 2014 only if inside the box for the period is the word “book”. Clicking you can enter your dates and await confirmation by email.

Both our villas are available only from October 2013 – 2014, by clicking “book” may require more information and book.

Reservations have been updated on May, however, we invite you to contact us for availability in Summer 2013-2014.

Further discussion on the term SUMMER

The Summer is the warmest of the four temperate seasons, between spring and autumn. It is marked by the longest days and shortest nights. The seasons start on different dates in different cultures based on astronomy and regional meteorology. In Chinese astronomy, for example, summer starts on or around 5 May, and it ends on or around 6 August. In Ireland, the summer months are June, July and August. In the United States, summer is often fixed as the period from the summer solstice (June 20 or 21, depending on the year) to the fall equinox (September 22 or 23, again depending on the year). Search “Video of summer in Tuscany” o “images of summer 2014“. Search the last minute in Tuscany. 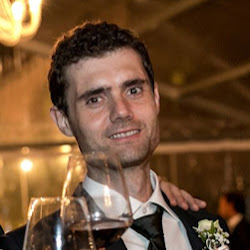